“Biosafety” is quickly becoming a more familiar term to legislators and the public due to incidents of laboratory breaches, such as the discovery of long-forgotten vials of freeze-dried smallpox virus, and the accidental cross-contamination of a relatively benign strain of “bird flu” with the dangerous H5N1 strain, at U.S. federal institutions earlier this fall. The Ebola outbreak currently affecting West Africa and now the United States has, like previous outbreaks of SARS and avian influenza, also received widespread media attention.

The concept of biosafety is often associated with other “bio” terms, such as biodefense and bioterrorism. Biosafety is simply a set of practices and principles practiced by laboratory workers to reduce the risk of exposure to infectious agents. Biosafety is not aimed at preventing the emergence of infectious disease, but focuses instead on handling the response safely to prevent infection during an outbreak or research for new therapeutics. Bioterrorism is the illicit use of infectious agents to generate terror, and biodefense is policy and practice aimed at thwarting those attempts.

The incidents described earlier have little to do with either bioterrorism or biodefense – but they have everything to do with biosafety. What these incidents at home and abroad have demonstrated is that we potentially have a broken biorisk management system, and that biosafety has not been taken as seriously as it should have. These incidents also highlight the connection between biosafety and potential risk to public health and national security.

With the laboratory breaches, scrutiny was focused on U.S. federal laboratories. Attention was focused initially on the CDC but later shifted to NIH. Unlike CDC, the NIH provides billions of dollars in research funding to academic research institutions across the country. As a result, what had been a federal lab problem expanded to include NIH-funded institutions. Academic institutions receiving NIH research funds with biosafety and biocontainment programs were then urged by the White House and NIH to take inventory of their biosafety programs in a “voluntary stand-down” on research. Universities across the country began to ask, “How voluntary is this?”

The NIH and White House are giving labs the opportunity to clean house, and giving them an inkling that what comes next may not be voluntary at all. Even if that predicted outcome doesn’t occur, there has never been a better time for managers of biosafety programs to pause for an introspective look, dust off their policies, open the freezers and verify that their program would survive an agency inspection.

On the heels of these incidents, came another situation that sent healthcare institutions and academic medical centers scurrying: the Ebola virus outbreak. Not since the H1N1 “swine flu” has a biological epidemic generated so much fear. Once again, biosafety programs had to step up to the plate. Only now, biosafety programs are reaching out of the world of R&D and supporting healthcare response.

Those healthcare institutions that are associated with an academic center with a robust biosafety program are fortunate: most hospitals are relying solely on the expertise of infection prevention professionals. In reality, dealing with a large-scale infectious disease response also requires biosafety expertise. Perhaps the Ebola situation will trigger the development of comprehensive healthcare biosafety programs not currently seen.

It is frightening to think that biorisk management would be in a state of lapse at our federal labs. We depend on these federal programs to provide confidence in the face of a dangerous epidemic.

Our agencies have been tested greatly in the past few months. Likewise, the importance of robust biosafety and biosecurity programs has been underscored, as they span R&D and healthcare. In the past few months, we have seen more biosafety-related activity and issues than ever before. There has never been a better time to fortify biorisk management programs. 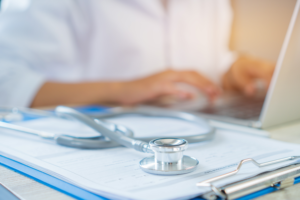