According to breaking news reports, a researcher in China claims to have used CRISPR gene editing to deliberately introduce permanent alterations in germ-line chromosomes of human beings. As yet there is no technical evidence for these claims, and the researcher has reportedly been suspended by his research institution. Based on current evidence, we cannot rule out that the claims of human gene editing are a fabrication or hoax.

The researcher, He Jiankui, claims that the chromosomes of twin girls were edited to prevent expression of the CCR5 protein. The CCR5 protein plays a well-defined role in HIV infection, and some people with natural genetic mutations affecting CCR5 expression are protected against HIV disease and AIDS. Reports indicate that He Jiankui claims that the parents of the girls were motivated by a desire to protect them from the risk of HIV infection later in life.

Scientists and public health officials already know how to prevent HIV infection, using safe sex education, injection drug use mitigation, safety checks on blood products, and pre-and-post-exposure prophylaxis with antiretroviral drugs. According to the National Bureau of Statistics of China, the current incidence of HIV infection in China is 4.2 per 100,000 people.

Based on our current knowledge, germ-line modification of CCR5 for prevention of HIV in China is entirely unjustified. Experimentation leading to deliberate germ-line alterations in living human beings should only be conducted after the most stringent risk-benefit analysis by competent authorities and regulators, as well as public consensus regarding the ethical and moral implications of such work. According to current press reports, no such oversight was involved in these alleged human gene editing experiments.

Human germ-line gene editing for specific indications may eventually be embraced by the scientific and medical communities and the public at large, but this reported attempt is a very bad start.

Note added on November 29, 2018: He Jiankui presented some technical data this week at the International Summit on Human Genome Editing in Hong Kong. Most observers now believe that the claims are not a hoax. He Jiankui  claimed that some ethical review and informed consent procedures were implemented prior to starting the human research, but leading authorities have expressed extreme skepticism about the validity of those procedures. 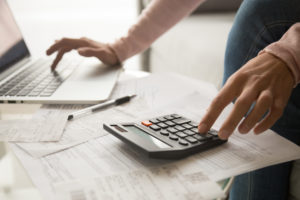